Devon and Steve were from the same town, went to rival high schools, and even went to parties together – but they never met until after college when they were both on OKCupid. In Devon’s words, ‘I thought it would be a one-night thing, but he just kept wanting to hang out… so I just went with it. Here we are six years later with two cats (an orange tabby named Jasper and a black cat named Olive) and a historical Victorian house we get to fix up together.’

They eloped in November 2019 and kept it a secret because they were planning a wedding – but you can imagine what happened next. After COVID ended up cancelling their plans indefinitely, they wanted to celebrate their marriage and their relationship with some tangible records of this time in their life. That’s where I come in!

Both Devon and Steve are artistic people, and I strive to capture people authentically. So I felt that an unconventional couples shoot with a more art directed editorial vibe would not only match their personalities. It would also allow them to feel playful during the session.  Luckily, I was right! Stripping down the shoot to some bare elements allowed them to engage with the set and with one another in such striking and evocative ways.

We used flowers throughout this unconventional couples shoot to cover their faces, and what I love about doing that is that it felt like we were saying, no matter who they are, their love matters. But I think the best part of the shoot was when I tore a hole in the paper backdrop and had Steve hand Devon a tulip through the gap. I loved that it was only their hands in the photo – something about it captured their intimacy in such a romantic and out-of-the-box way.

I’m so glad we got out of the typical couples photoshoot box and created something more magical. If you’re inspired by this unconventional couples shoot, check out this nontraditional wedding at Location 215. And if you want to hear more about working with flowers, I have a guide to modern wedding flowers that keeps things fresh! 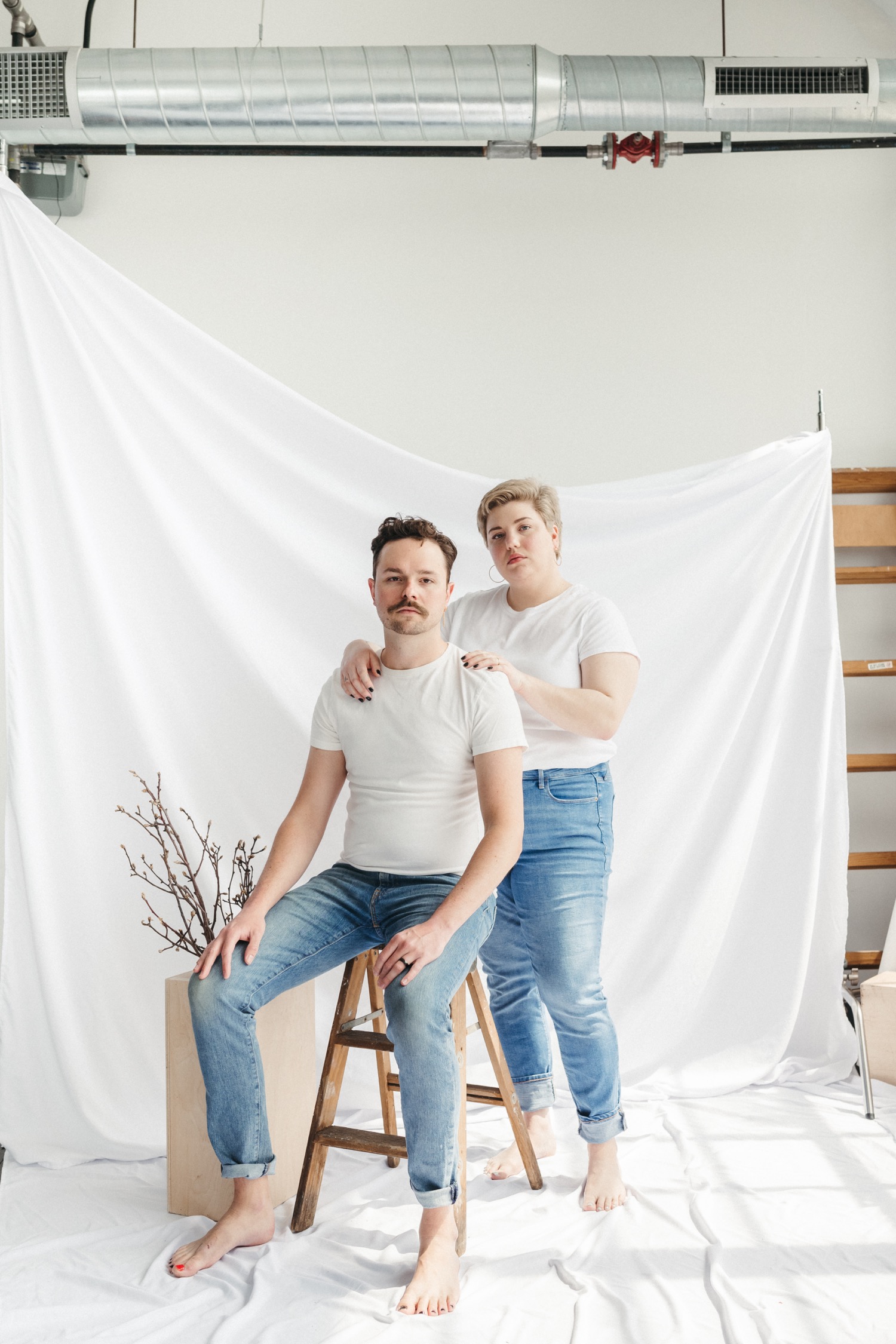 You asked for: First Look/Portraits! And let me t

Victoria & Brian’s self-officiated ceremony in b

Found some old film scans and wanted to share. I l